Group tickets are not available for this exhibition.
Tickets include entry into the Cultural Exchange Exhibition on the fourth floor.
For discounted tickets, please present personal identification documents that reflect your birth date, such as your passport, health insurance card, or driver’s license at the exhibition hall entrance upon request.
Admission is free for the following persons:

Online reservations for tickets are now open via ARTNE (English interface available), PIA, and eplus. Tickets can also be purchased from Lawson’s convenience stores (L-code: 84006), 7-Eleven convenience stores, and FamilyMart convenience stores. Discounted tickets will be available for purchase until 7 February 2022, after which visitors may still purchase tickets for the full price at the abovementioned websites and locations, in addition to the ticketing counters on the first floor of the museum. To prevent overcrowding at the ticketing counters, we recommend that visitors purchase tickets online prior to their visit.

Saichō (767–822) was the founder of the Tendai school of Buddhism in Japan. As a priest, he had traveled all over Japan to propagate the Lotus Sutra, which preaches that all beings possess the buddha nature, and thus all have the potential to attain Buddhahood. On the occasion of Saicho’s 1200th death anniversary in 2021, retrace the steps he took on his journey in search of enlightenment and learn more about the spread of the Tendai school as you peruse some of the National Treasures and Important Cultural Properties passed down in shrines and temples connected to the Tendai school. 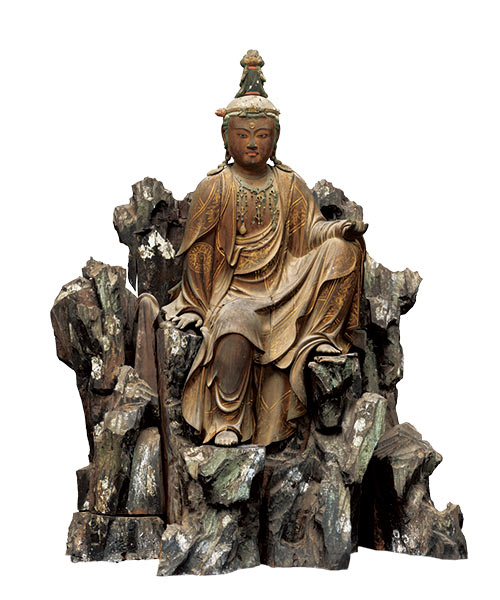 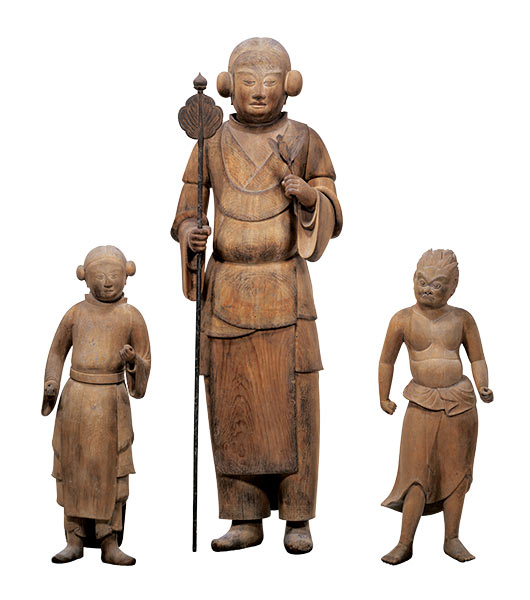 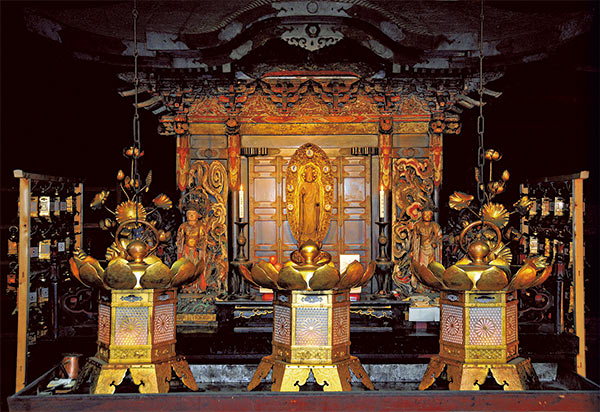 The Konpon Chūdō is the main hall of Enryakuji Temple, the first and central temple of the Tendai school. The hall has been designated a National Treasure, and its interior is being reproduced in our exhibition for visitors to enjoy. Visitors can take photographs of the reproduction display.

Part 1: Saichō and the Roots of Tendai Buddhism

Tendai (Ch. Tiantai) Buddhism was first established in China by a Sui-dynasty (581–618) priest named Zhiyi, who based its teachings on the Lotus Sutra. It gained a foothold in Japan after Japanese monk Saichō who, having studied Zhiyi’s teachings, established Enryakuji Temple on Mt. Hiei. In this section, we take a look at Saichō’s eventful life as told by historical artifacts. 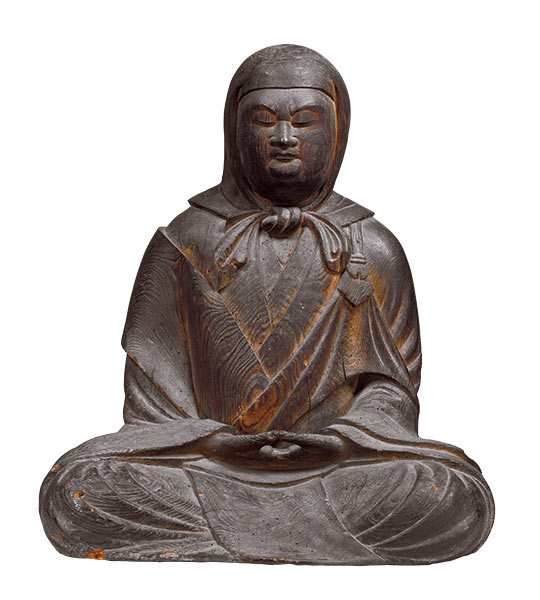 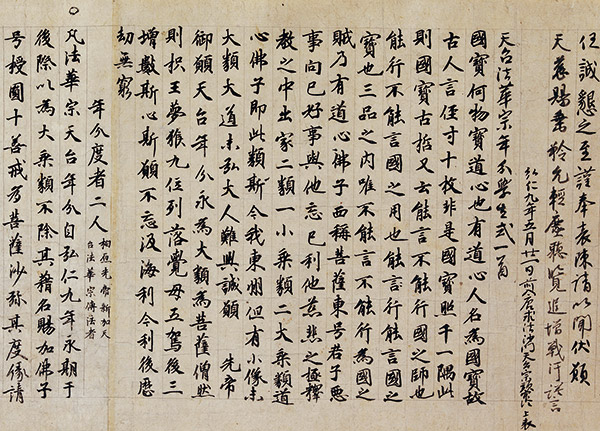 Two of the most prominent of Saichō’s disciples were Ennin (794–864) and Enchin (814–91), who later went on to succeed him. Both traveled to the Tang Chinese capital of Chang’an to gain a deeper grounding in Esoteric Buddhism, which Saichō had himself studied in China. They subsequently established the foundations of Tendai Esoteric Buddhism. This section covers the development of the Tendai school in Japan after incorporating elements from Esoteric Buddhism.

Part 3: The Spread of Tendai Buddhism in Japan

Tendai Buddhism places great emphasis on the central idea that the path to enlightenment is open to everyone, a doctrine that formed the basis for its propagation throughout Japan. The exhibits in this section offer a glimpse into the blossoming of Tendai Buddhism across the country. 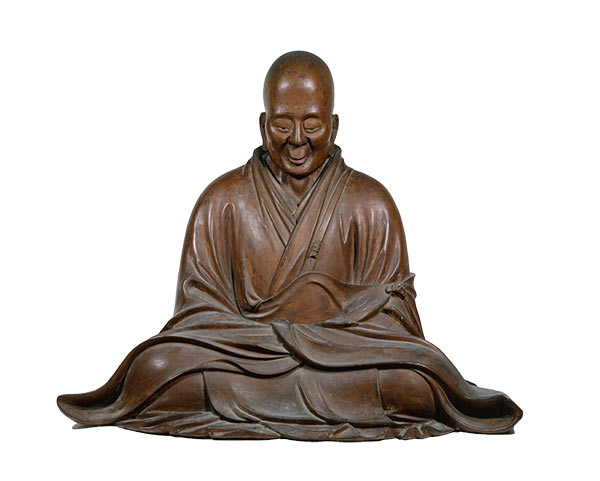 Part 4: Tendai Art and the Nobility

In the mid-tenth century, Enryakuji was restored by priest Ryōgen (912–85) after a series of fires destroyed much of the complex. Following this, Ryōgen led the temple and the Tendai school to new heights, with devoted spiritual and economic patronage of the emperor and the powerful Fujiwara clan. This section features Tendai treasures associated with the religious devotion of the nobility, whose patronage and academic exchange with monks have shaped Japanese Buddhism. 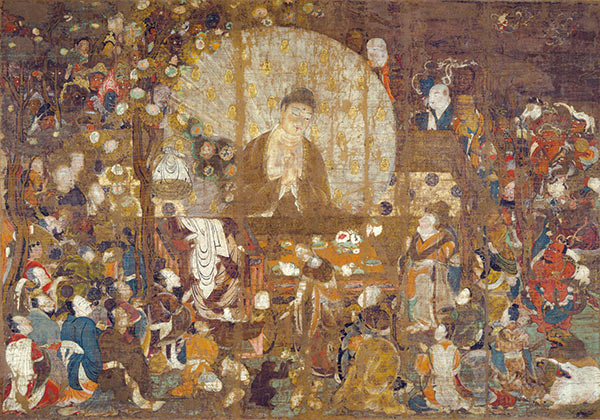 Śākyamuni Rising from His Golden Coffin 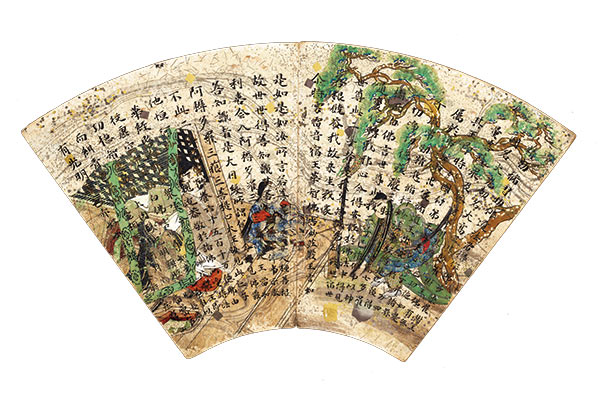 Fan-shaped booklet of the Lotus Sutra

As Buddhist thought permeated the Japanese consciousness, the Lotus Sutra and its doctrine of universal salvation inspired Hōnen (1133–1212), Shinran (1173–1263), Nichiren (1222–82), and other priests to found several new schools that became collectively known as New Kamakura Buddhism. This section examines how the teachings of the Lotus Sutra led to the blossoming of a rich variety of Tendai schools during Japan’s medieval period. 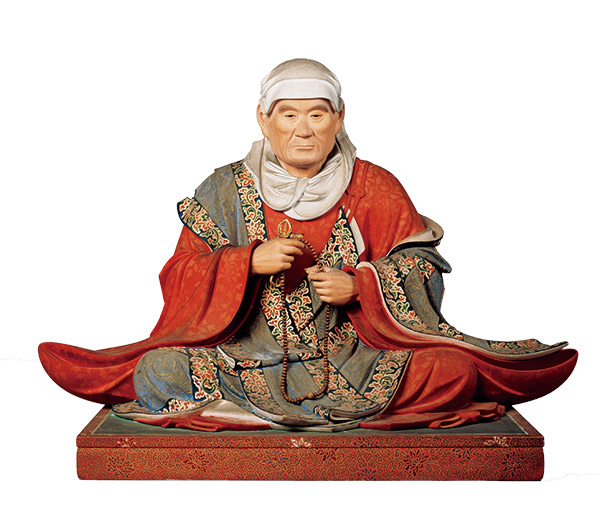 Some exhibits will be rotated throughout the course of this exhibition.