Mondays (except 9 August and 16 August; closed on the Tuesday, 10 August)

Group tickets are not available for this exhibition.
For discounted tickets, please present personal identification documents that reflect your birth date, such as your passport, health insurance card, or driver’s license at the exhibition hall entrance upon request.
Admission is free for the following persons:

Following the accession of Emperor Naruhito to the throne in May 2019, Japan welcomed the start of the new Reiwa era. The characters that make up the name “Reiwa” were derived from the “Plum Blossom Song,” a poem found in the Man’yōshū, the oldest and longest extant anthology of Japanese poetry comprising works composed here in Dazaifu. To celebrate the new imperial era and its ties with our city, we are delighted to present this Special Exhibition of masterpieces from the Museum of the Imperial Collections, Sannomaru Shōzōkan.

This exhibition brings key pieces from this remarkable collection to Kyushu for the first time, here in the historically significant city of Dazaifu. Once known as the “Distant Imperial Court,” Dazaifu had governed the Kyushu region and served as a gateway for foreign exchange for a long period of time. In this exhibition, we hope to introduce the deep connection between the imperial court and Kyushu by exhibiting paintings and works of calligraphy from important Kyushu artists, as well as items offered from various parts of Kyushu during imperial celebrations. We hope that visitors will be able explore the cultural heritage of the imperial family and the rich history of Japanese culture.

All works featured below are owned by the Museum of the Imperial Collections, Sannomaru Shōzōkan.

The modern collection of the imperial family consists of items from all over the country offered to them to mark special occasions, such as the enthronement of an emperor, royal marriages, or imperial tours. It also includes art commissioned by the imperial family or the Ministry of the Imperial Household, as well as purchases from expositions and exhibitions.

This section is centered on pieces in the collection related to the Kyushu region, as well as masterpieces produced by artists who have been bestowed the honorable title of Imperial Court Artist under a system established by the Ministry of the Imperial Household to preserve the traditional arts and crafts of Japan. 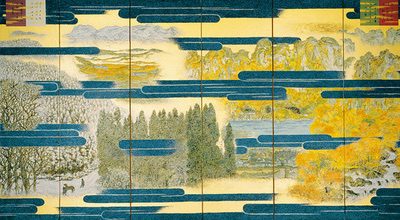 Scenes from the Suki Site of the Heisei-era Daijōsai (left) 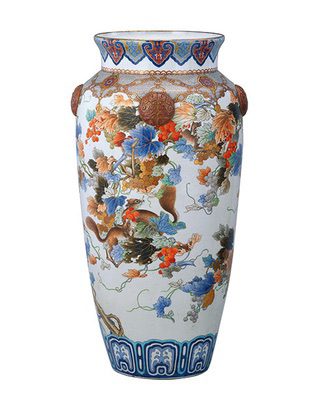 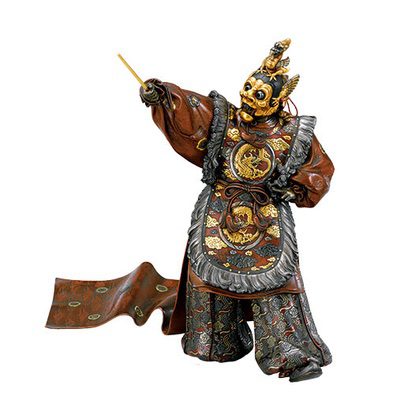 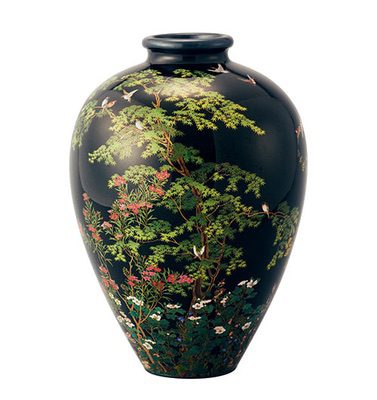 Vase depicting birds and flowers of the four seasons

Following the Second World War, many of the artifacts that had been protected and passed down through generations in the imperial family were nationalized. Today, the collection includes items relating to imperial successions and court rituals, portraits and original manuscripts from successive emperors, historical documents narrating the achievements of the imperial family, as well as furniture and other personal belongings. In addition to these, this section also explores other important Japanese works of art, including calligraphy masterpieces from the late Heian to Kamakura period (10th–14th century) that have been treasured by past emperors and members of the nobility. 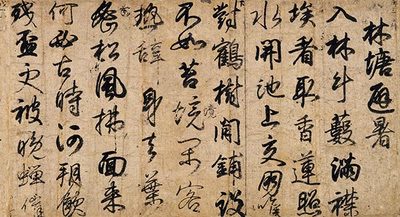 Drafts of poems for a folding screen (segment) 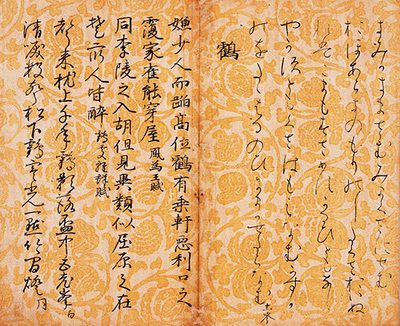 Anthology of Chinese and Japanese Poems, in decchō-style binding, Vol. 2

Illustrated Accounts of the Mongol Invasion (segment from scroll 1)

By Takashina Takakane
Kamakura period, about 1309
Exhibition period: second half (scroll 6 exhibited in the first half) 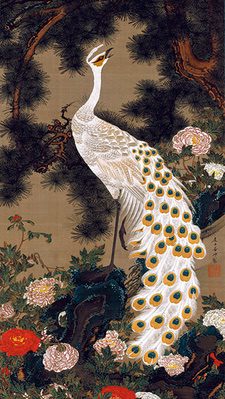 By Itō Jakuchū
Edo period, before 1765
Exhibition period: second half (other works in the series will be exhibited in turn throughout the exhibition)

About the Museum of the Imperial Collections, Sannomaru Shōzōkan

At the beginning of the Heisei era in 1989, His Majesty the Emperor Emeritus Akihito, who had just ascended to the throne, donated some 6,000 pieces of art that had been passed down in the imperial family to the Japanese government so that they may be exhibited and enjoyed by the public. In 1993, the Imperial Household Agency established the Museum of the Imperial Collections, Sannomaru Shōzōkan on the Tokyo Imperial Palace grounds for the purpose of preserving, researching, and exhibiting these works of art. The collection has since grown with donations from members of the imperial family, and now comprises approximately 9,800 items.