*( ) is for advance tickets and group (more than 20 people) tickets
*Admission free for disability and 1 caretaker. Please bring the physical disability certificate.
*( ) fee is also for over 65 years old. Please bring the identification with birth date such as health insurance card, driving license, and so on.

Reduced admission fee for evening visit (applicable between 17:00 and 19:30 only)

*The tickets for evening visit will be available only on Friday and Saturday after 17:00 at the museum ticket counter and valid on the day of purchase.

*English audio guides and explanations are available for this Special Exhibition.

Great art collection by a father-son pair of industrialists

Kyushu National Museum proudly presents the Okura Collection, a selection of artworks from the 12th century to modern times.

During the turbulent time of the Meiji Restoration in 1868, businessmen actively contributed to both the modernization of Japan and the preservation and development of art culture. The most important of these figures was OKURA Kihachiro (1837-1928), an industrialist who started and developed several modern enterprises. Distressed by the dispersal and loss of Buddhist art to overseas buyers that occurred during the anti-Buddhist Movement of the early Meiji period (1868-1912), Kihachiro began collecting Japanese and Far Eastern artworks, and in 1917, established a private museum, the Okura Museum of Art (Okura Shukokan). His eldest son and heir, OKURA Kishichiro (1882-1963), famous for having founded the Hotel Okura, furthered his aspiration to promote Japanese culture outside of Japan through his contemporary Japanese-style painting collection. This father-son collection has immense artistic value, as well as being historically significant as it reflects the social climate of the time.

From the archives of the Okura Museum of Art, this special exhibition will display well-known works carefully selected from the immense Okura Collection. We hope to express Kihachiro’s intentions of preserving cultural artifacts inside Japan by showcasing the breadth of his collection which covers countries throughout Asia, as well as present the historical significance of Kishichiro’s promotion of Japanese culture outside of Japan.

This exhibition opens on the 150th anniversary of the Meiji Restoration. We believe this exhibition is a great opportunity to develop an appreciation for Japan’s contemporary history of exchange with other countries.
*All artworks in this exhibition belong to the Okura Museum of Art. 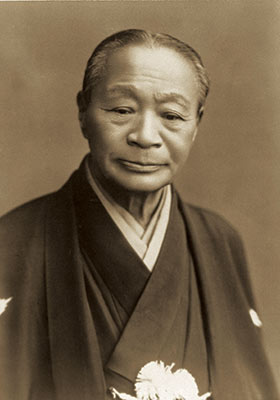 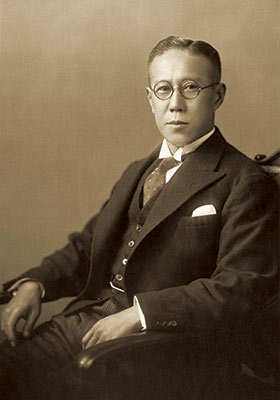 Artifacts of excellent quality. This exhibition displays about 110 items (including three National Treasures, ten Important Cultural Properties, and sixteen Important Art) that were extricated from exportation during the Meiji Restoration.

A lineup of masterpieces from the Heian to modern period that showcase mainstream Japanese art. A great chance to see the historical development of Japanese art with your own eyes.

Enjoy artworks from a wide variety of Asian countries in OKURA Kihachiro’s collection.

The eldest son, Kishichiro, had introduced traditional Japanese art to Europe. He promoted art by Japanese painters, known as modern master painters, for the Japanese Art Exhibition in Rome that was hosted by the Italian government. A selection of artworks is reproduced and can be seen in this exhibition.

The origin of capturing likeness in a portrait

A masterpiece of a still and whimsical nightscape from the East